‘Chandigarh Kare Aashiqui’ is a movie that shows that mainstream cinema too can be progressive, refreshing and take up important social issues delivering a correct message even after including all elements such as comedy, romance and wit. If infotainment is synonymous with a movie, it is this. All the elements of the movie is so well balanced with a sufficient flow of serious information mixed with a tinge of reality that neither is it a dark art film nor a commercial cinema with no actual delivery of the information.

In a country like India that is still so stigmatized such movies are eye-openers. Well mentioned that the LGBTQ community doesn’t need tolerance but acceptance. The convenient righteousness of our society that considers ‘Normal’ to be something that everyone does and can’t stand exceptions will not only get some clarity but will also understand that “normalcy” is based on one’s perception.

This Abhishek Kapoor directorial makes a mark as a cinema that educates bringing socially relevant issues to the forefront and not just entertains. Entertainment is a huge part of this film. However, Kapoor maintains that line of ‘Treating a serious issue as serious’ throughout the movie. The melodramatic warmth and flow of emotions are subtle and powerful. It is realistic and intense.

Sex education, gender equality, interfaith relationship, perception about the LGBTQ community, body shamming are daily life concepts that one should have clarity about. Acceptance comes with education and proper knowledge about it. The best part is when Ayushmann plays a graphical representation video of the surgery. Toxic masculinity is another very important aspect of this film. Ayushmann who plays the role of Manu also had the past for which he was bullied and body shamed. He came out of it and changed his body structure. Vaani playing the role of Maanvi was trapped in a body that she never felt her own and she decided to change its anatomy. If changing the structure is not a problem then why changing anatomy is? Vaani accepted that Ayushmann was previously bulky but he could hardly accept that she was a boy previously who underwent surgery to change her gender. Pride and prejudice are a huge part of this drama. Maanvi is proud of her choice and Ayushmann was prejudiced about her. 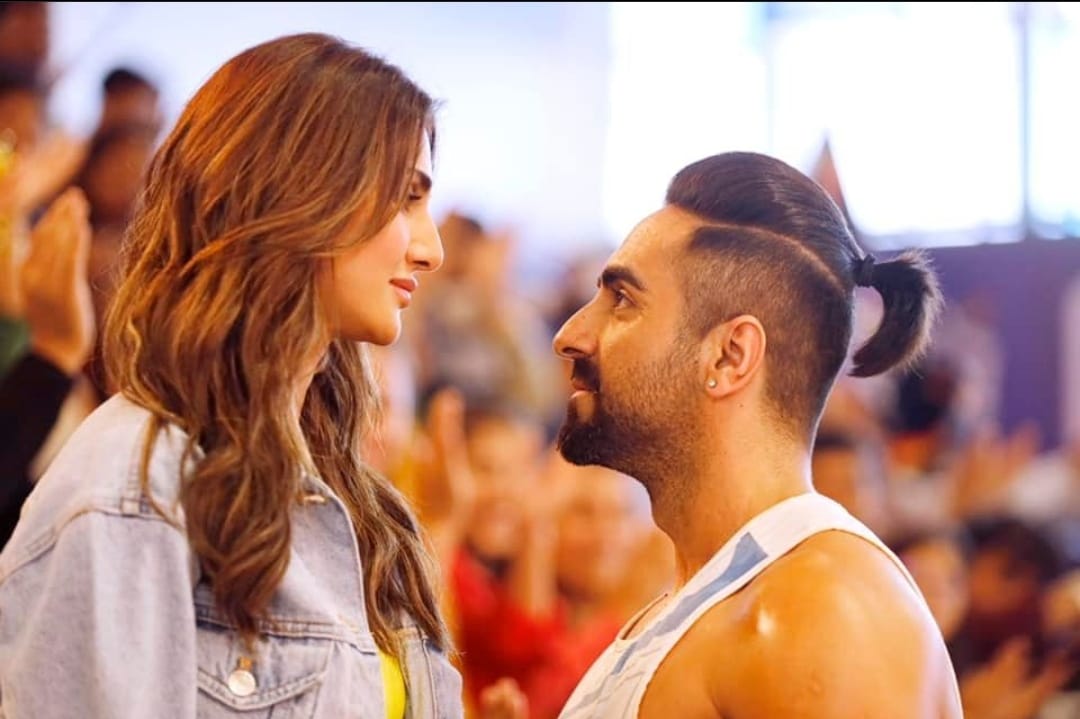 Apart from that the conception of a ‘Bahu’ (daughter-in-law) to be fair, pretty and classy is also talked about although not in detail. It goes to show the mindset of the larger section of the society which is a bitter truth. Breaking all odds the couple chooses each other. The brewing love story of Ayushmann’s father (Girish Dhamija) with a woman from a different faith who talks about his loneliness is also something that should be acknowledged. One’s choice of partner is completely their own and nothing should be a problem if there is love in that relationship.

Ayushmann plays the role of a gym enthusiast paired with Vaani Kapoor who is a zumba teacher. Their on-screen chemistry is outstanding. We are accustomed to Ayushmann’s movies on social issues such as ‘Article 15’ (2019), ‘Bala’ (2019), etc., yet he manages to be so different in each character. It is never repetitive. Vaani Kapoor plays a completely different role than her previous movies and did complete justice to it. The Sachin-Jigar tracks amidst the intense growing romance didn’t land well. Although “Kalle-Kalle”  deserves appreciation.